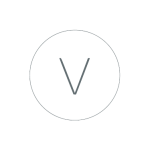 Home » Blog » I love this Cinderella but I’ll take ‘Drew Barrymore’ any day.

I love this Cinderella but I’ll take ‘Drew Barrymore’ any day.

So I watched the new Cinderella movie about a week ago. It was good. Really good. The acting was good, the costumes were awesome, Cinderella was beautiful, the Prince was handsome and the stepmother was, well, mean. As expected.

I really loved it and sincerely had a good time. I even made my hubby watch it. And He didn’t complain. (#forthewin)

However, at the end of the day, for me, it was just another Cinderella story.

As much as I love this ageless story that just won’t go away, I find myself wanting more. A different twist. A detail that makes it pop. Something to shock or jolt me so I just don’t experience another ‘Cinderella moment.’ The new Cinderella movie didn’t give me much of that.

And I know why.

Years ago I watched Ever After: A Cinderella story. I. Was. Not. Disappointed. It was so good, I have watched it several times since then. I find myself playing it over and over again anytime I just want to relax with something familiar.  It is my best Cinderella adaptation ever. And, unfortunately, I couldn’t help making the comparison between these two movies.

And I know why.

The Cinderella character in Ever After, played by Drew Barrymore, is strong and exciting. She is not just the pretty, simple, hardworking, docile girl forced to sleep in the attic; she has real character. She pretends to be a courtier in order to save a beloved family servant, she debates with the Prince, she loves books, confronts gypsies and speaks her mind. She’s fierce yet gentle. Strong yet delicate. And she is pretty too.

The Prince, played by Dougray Scott, is ruggedly handsome. He’s a complex character because he not only wants to marry for love—like all Cinderella princes do— he seeks a deeper meaning and purpose to his life. And his relationship with Cinderella opened up his eyes and intellect to greater possibilities.

The ‘fairy godmother’ was… wait for it… a man! Leonardo Da Vinci played by Patrick Godfrey, made it possible for her to attend the ball just by one simple act. Watch it to find out. Lol.

The ball was a much different affair from the traditional version of the story. The twist in that part of the story floored me. And because I didn’t expect such drama it made it all the more appealing.

The whole plot was just different. Set in 18th Century France, there were dynamic characters like Leonardo and Gustave the apprentice painter and Cinderella’s best friend. And the whole story was actually being told by Cinderella’s great granddaughter to The Brothers Grimm.

This statement explains it best.

“The usual pantomime and comic/supernatural elements are removed and the story is instead treated as historical fiction, set in Renaissance-era France. It is often seen as a modern, post-feminism interpretation of the Cinderella myth.” Wikipedia.

I have seen several adaptations of this story and Ever After just does it for me. It was released in 1998 so if you haven’t watched it, you’re very late to the party.

That said, Cinderella 2015 was still a great experience.

My new book ‘From the Sidelines’ is now available on Amazon along with my first book, ‘Ms. Unlikely’, a story about a young woman’s search for meaning fulfillment and love.